Fresh and made to order, we create deliciously soft and chewy mochi rice cakes that look as good as they taste. Little Moons Ice Cream Mochi.

Ai No Mochi is a London based company created by best friends Hayyan and Kelly. Having met at university both studying business, they discovered a shared passion for food. Whilst Kelly went on to work within marketing and Hayyan a restaurateur, they soon realised their paths laid elsewhere… Mochi!

Japanese food was always a big hit for us and inevitably we discovered mochi. Having tried traditional red bean, sesame and ice cream versions we loved everything about its unusually soft and chewy texture. However, as many of you may know, trying to find freshly made mochi isn’t easy to come by in London. We knew we could do better than the preserved goods in the Asian supermarkets.

This is when we decided to master mochi making and experiment with new and innovative flavours. With Asian and Western cuisine so very different; we wanted to create flavours that would be more accepted by the Western palette and distinguish us from other mochi makers. 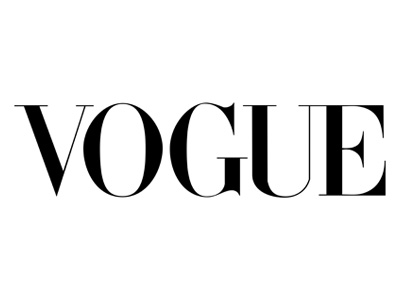 What is Ai No Mochi

It wasn’t as easy as we had hoped, real mochi making isn’t something you learn overnight. However, with some pure determination we persevered. Thanks to family and friends partaking in many taste testing sessions batches of mochi were soon flying out the kitchen. We started delivering mochi in and around London ourselves and setting up stalls at various food markets. From high demand we’ve come to the realisation that Londoners aren’t the only ones craving our mochi. In a bold attempt to reach all you mochi lovers, we are now delivering nationwide right to your door.

We’re always working hard creating new flavours and spreading the love of mochi. Having launched Ai No Mochi on social media in January 2016 we’ve been more than overwhelmed by the support that has been shown. We’ve been very honoured to work with some influential foodies, bloggers, supplying some of the biggest brands and being recognised by the likes of vogue magazine and metro.

What our customers say

Join the others who are loving our mochi subscription service

Love every bit of my subscription service. I can change the flavours to what i’m craving on that particular month. Also a good way to try the monthly specials.

Honestly, these mochis are what I look forward to every month after payday. Honestly so good

The subscription service is very user friendly. I can select my flavours up to a certain date & I can have different flavours every month.

Was gifted a box for the first time. It was pretty clear I was addicted and since then I have subscribed. Works out better in the long run

The mochis are of such great quality, each box I receive is always better than the previous. The effort and imagination gone in each mochi is very visible.

With such a wide selection of flavours, subscribing just felt like the right thing to do. I get to sample all the flavours and its hassle free. Win win situation. Cant wait for my next box.

Addicted to our mochi? Get a box delivered direct to your doorstep every month. Subscribe now to see how you could save on your mochi obsession.

Keep a look out as our mochi makers are always hard at work creating new flavours for you to enjoy.

All of our mochi are vegetarian friendly and halal. It just means everyone can enjoy them

We use cookies on our website to give you the most relevant experience by remembering your preferences and repeat visits. By clicking “Accept”, you consent to the use of ALL the cookies.
Cookie settingsACCEPT
Manage consent

This website uses cookies to improve your experience while you navigate through the website. Out of these cookies, the cookies that are categorized as necessary are stored on your browser as they are essential for the working of basic functionalities of the website. We also use third-party cookies that help us analyze and understand how you use this website. These cookies will be stored in your browser only with your consent. You also have the option to opt-out of these cookies. But opting out of some of these cookies may have an effect on your browsing experience.
Necessary Always Enabled
Necessary cookies are absolutely essential for the website to function properly. This category only includes cookies that ensures basic functionalities and security features of the website. These cookies do not store any personal information.
Non-necessary
Any cookies that may not be particularly necessary for the website to function and is used specifically to collect user personal data via analytics, ads, other embedded contents are termed as non-necessary cookies. It is mandatory to procure user consent prior to running these cookies on your website.
SAVE & ACCEPT